The stigma around ageing impacts most of us in one way or another. Ageing was never something that scared me or that I actively tried to reverse, though I often found myself reacting to the plight of others. My curious nature often got the better of me in wanting to try all there was, but I always came at it from the angle of wanting to look or feel “fresh” or “refreshed” and less about the age and youthfulness perspective.

As far back as I can remember, my father has had grey hair. It was like a trademark at one point that people would comment on in envy. For men, having grey hair was seen as attractive and a sign of maturity. For women, we are somehow seen as a wrinkled witch, told to immediately go to the mirror and ask for our youth back. It’s aggravating on multiple levels.

I started getting grey hair late in my teens, but I always pulled them out before anyone could see and comment on it. I had my father’s hair and knew I would grey early, forever challenging me to question whether to embrace what was inevitable or invest in a future of hiding and hair dye. At a young age, you give in to the pressure and comments of others, especially your peers, and want to be liked. We are told that we won’t find a life partner or find love if we look old. We are told we have to display ourselves in a certain way or “people will think…” This concept of what people thought and that “shame” we are taught about ageing sets a tone that can stay with us for the rest of our lives.

I dyed my hair for years, often trying bold, bright colors even before it was trending or common like today. When I would go to the salon, I would tell my hairdresser that I didn’t care what color I got, for the most part, and that I just wanted it to go with my skin tone. I lacked the motivation to dye my hair but wanted to make sure the outcome wasn’t more of a talking point than the grey hairs. I spend thousands of dollars since I started dying my hair. All for what? So I could hide how I was made?

Now, at 40, I decided to let my grey grow out. Since we lacked access to salons during lockdown, I never worried about my hair because it was no longer something I could solve. I was never someone who felt confident enough to dye my hair at home, and definitely not by myself.

The first time I remember dying my hair was in junior high. I was a bit of a hippie at that point wearing tye die shirts and braiding hemp necklaces. Don’t judge; it was the 90s. If you lived it, you did it. All I remember is I wanted something with red tones for some reason. My mom chose the brand and color. Once home, I sat there, patiently waiting to complete my transformation. When I tell you my hair turned orange, I kid you not. I mean ORANGE, bright ORANGE. Orange was not even close to red and not the outcome I wanted. I was distraught at the thought of going to school with such an awful tone. I have to admit, I pulled it off for one day before we could go back to the store and get something to correct the mistake. That day at school was almost a blackout for me. The only things I remember were the stares and having to laugh it off with everyone, all the while trying to hide how hurt I was at all the attention for the wrong reason. From that point on, I only went to salons for my hair color needs.

After a few weeks in lockdown, I started to see the grey that I desperately tried to hide all those years, and I welcomed it. There was so much more to worry about in the world. Oddly, when I saw the greys, it felt like saying “hello” to an old friend and less of something I needed to resolve. After eight months of growing it out, I am enjoying it, and hope I can stay steadfast and not succumb to the pressure to dye my hair again. I made a joke to someone yesterday about how the only silver lining with turning 40 was my hairline, to which they responded that “grey hair was a sign of wisdom.” Always the gentleman.

The response has been relatively positive, with many of my female friends deciding the same. It feels like a battle scar of lockdown or having lived through 2020 to be secure enough to sport natural grey hair. To think that women have been told their natural hair was not beautiful for so long, and we had accepted that mindset is crazy. Don’t get me wrong, if dying your hair makes you feel great, more power to you, but don’t feel you are required to for any reason; it’s a choice like any other. Just because marketing and advertisement want us to chase our youth, doesn’t mean we need to hop to it. Do what feels right for you.

In my opinion, age is a mindset. As a child, I always thought I was an adult. There is a story my family tells about a time when we were on a road trip. We stayed in hotels where there were room service menus, and this was the thing that intrigued me the most; Food would be brought to my room, and I could eat it in bed? Once we got to a nice hotel down the road, my Grandparents hid the menu so I wouldn’t ask about it. When I couldn’t find it, they told me that the maid must have forgotten it. I then wrote a letter to the maid, telling her to bring it back, or I would call the police. Even as a child, I knew what I wanted, and I was a bit of a Karen apparently.

As a teen, people thought I was in my 20s, and I felt like I had already lived two lives worth. By the time I went to college, I already worked at two jobs and was very independent. I spent much of my time at our nightclubs and conversing with different people every weekend.

In my 30s, people thought I was in my 20s, and I didn’t feel any different from the decade before. I continued to stay active, traveling, meeting new people along the way, learning about the world and experiencing all there was to experience. In my 30s, I was able to finance the life I always wanted, but I never gave up the sheer wonder at what the world had to offer.

Now, people who have known me for years, but ever knew my age are shocked to hear I am now 40. I don’t know what properties I had that always made people guess incorrectly about my age. I’m reasonably sure it had nothing to do with my hair color, though. 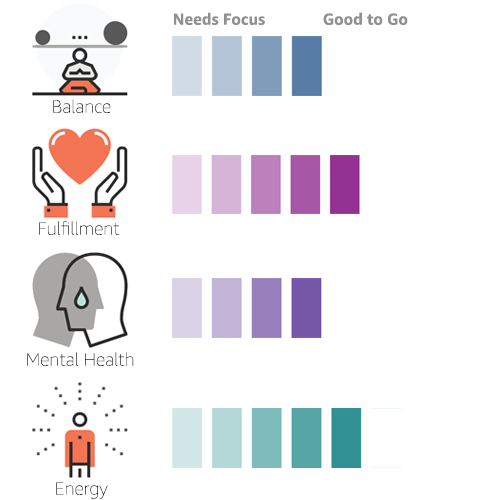