Being near the waters has always been calming for me. I grew up in Seattle, Washington, in the United States, and was always close to the water growing up. I loved that it had an eternal motion and was an ever-evolving force that could support so much life. Sometimes, storms and the oceans would lash out, destroying themselves, the ecosystems they supported, and the land they had touchpoints with. I felt akin to it. In all their unpredictable glory, the oceans had the same capacity as me, and track record. We both chose to self-heal after an impacting event, which would take a long time unless others helped us through it. I feel very calm when in its company.

In my youth, I had a cassette tape of the Amazon rainforest. I had a boom box in my bedroom that I could play it on, and I would listen to it before I went to bed to calm me, or when I wanted to write in my journal. My imagination would run wild, thinking about the far off place with the crazy bird sounds, the primate calls, and the torrential downpour of the rains. To many people, the sounds were probably disturbing. For me, my favorite parts were listening to the rains and storms captured in the recording, which was ironic because I lived in arguably one of the rainiest cities on Earth and could easily have opened a window to hear something similar. I could hear the difference, though. I listened to the pitter-patter of water on the leaves that had sturdier textures than the foliage of the Pacific Northwest. It had a different tone to it. When I could hear lightning, it reverberated and resonated on a different frequency because of the materials that were in the area. I loved those sounds.

In elementary school, I was enamored with the creatures of the oceans, with a particular affinity specifically with whales. In fifth grade, we had a lengthy time allocated to learning about them, and at one point, I knew everything about them, their average lengths, weights, migratory habits, and more. I could identify them on a chart or if you showed me a picture. The idea that these massive creatures were in the water swimming around the oceans just blew my mind as a kid. I remember the day I heard a recording of them communicating with one another in class. It was like a translucent song that could almost be felt, even sitting in a classroom. I bought a tape of whale sounds and began adding them to my evening mix. Even today, if I ever come across something with a whale in it, I still stop and watch. They are so majestic and make me realize more and more that I am just a small blip in this world, and that maybe there are more important things out there.

When in Sierra Leone, there was an evening when a storm was nearby. We could hear the large booms and when we looked up, we could see the lightning flashes in the distance, so we decided to see if we could change positions and get a better look. We walked onto the unpaved road and down to an area where the trees were farther from the road and obstructing less of the view. It was magnificent. Luckily we both had our cameras with us. We stood there in silence for almost an hour, watching a storm approach our area, seeing the flashes, and hearing the ominous booms. We were far enough away that it wasn’t raining yet, but it was becoming more humid; we could feel the moisture preparing to rain down. I took many recordings and pictures that evening, sometimes even catching the perfect moment when a lightning bolt flashed across the sky. It was one of my all-time favorite travel moments. I felt entirely at peace, preparing for the storm that would eventually arrive at Kagbere.

A little over an hour went by, and everyone began heading to their homes to avoid being caught out in the storm at night. There weren’t any street lights or lit areas except for a communal area near our outdoor kitchen, so no one wanted to get stuck out in the Sierra Leone mud when the rains came. When they finally arrived, I opened the door of my hut and watched from the safety of my temporary home. I loved the sound of rain. I loved the smell of it, and I loved how it helped us cleanse ourselves from the day.

When at our apartment in Greece, I love hearing the droning sounds of the cicadas. There are so many, and they seem to echo in the nook of the hillside that we live on. I like to open the windows wide open, even on really hot days, and sit and listen to them. They drown out my thoughts and have a calming effect, well usually, when I don’t think about the fact that there are thousands of these bugs on the trees outside our apartment at any given time. I have taken a few recordings of their chirpings to playback when I meditate in the mornings back in London.

I’ve always had a sense of wonder about the world. Even with all the hurt and craziness we’ve been experiencing lately, there are some beautiful elements that I find grounding. People can have the same effect on me, well certain ones. Some people are like a rainy day or a thunderstorm, where I find peace watching them approach and listening to their sounds. Others have a similar effect on me as the sounds of whales; their light and ethereal energy make me step back from myself and think about the bigger picture of life. Some are like the cicadas, their presence reverberates on their own frequencies, and when I am in their presence, I find it overwhelming but calming, and a nice distraction from what’s happening inside.

We are all sources of energy, plugging into and feeding off of everything around us. Surround yourself with the people who make you feel the way you want to feel, who support you in growing in all the ways you lack, and that leave you open to all the possibilities in the world that you desire. Listen to your body; it has senses that you may not have tapped into yet and can usually guide you when you’re unsure of yourself. Close your eyes, take a deep breath, and open yourself to receive gratitude and love from others. When we break down the walls we’ve built around our happiness, we may be able to let new light in and watch it illuminate us in ways we never knew we could shine before. 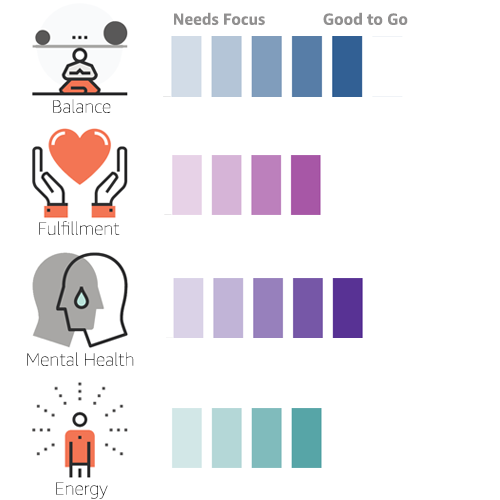