In the professional world, influencing others is a skill where we need to give and take to earn for our employers. All parties involved know each is seeking something of value, and they come to the table to negotiate until a point of agreement. There are some professional courtesies and admiration with these relationships, but trust is never fully achieved. In a personal setting, the factors of influencing are much more complicated. Trust is one of the factors that can bond the outcome of an influenced decision to a person forever, especially when the person who influenced our decision is someone we respect. It requires more thoughtful consideration, and in some cases humility, to not leave a lasting negative impact on those involved.

I think empaths have a natural ability to influence because we see and sympathize with the feelings another person is experiencing. With heightened insights, we are more readily equipped to solve whatever is needed, though we often get stuck in the rut of feeling all the feels and less in trying to resolve them.

On a side note, sometimes I wonder if I really enjoy helping people or if I only enjoy feeling deeply in general, and maybe by making these meaningful connections with people, I get that sensation that I may be seeking out. That may not make sense right now, but it was a thought that came to me while writing, one of which I haven’t explored yet, so please don’t read into it. I’m sure it will come up again as I move along my journey and possibly sound less cold.

As isolation went on, I realized my love of film is, in part, a manifestation of my need to feel anything and everything. I would go to the theater to see anything I hadn’t seen so to see how one story or another would make me feel, giving me insights into where I stood on many topics. As I grew older, films became an excuse to allow myself to emote and find a shared comfort in whatever I was experiencing as a viewer. If I were sad on the inside, I would watch a sad movie and cry, all while telling myself I was crying because of the storyline and not because of something I was avoiding internally. This concept isn’t a revelation.

I think many of us know we do it, there may also be science proving that this is a common occurrence, but we rarely state it and own it. If you saw the size of my movie collection, both physical and digital libraries, hearing the above may be shocking. It gives an entirely different meaning to being a lover of film, at least for my experience. Don’t get me wrong, I love the costumes, the sets, the kind of poetry of a script, the soundtracks, but the way films made me feel is by far the primary attraction. Developing a connection to fictional characters and stories often helped be avoid my day-to-day needs to connect with those in my life and work through my own storylines. It has been an avenue of escapism for me for sure.

I was fortunate enough to have people in my life that I trusted, but rarely did I find people I trusted completely. I was always a skeptic. Unless I could decipher your intent, I would usually hold you at bay until I could rationalize it. In some cases, my logic may have been faulting at best.

In high school, when deciding what to do after graduation, we listen to our friends and family on what we need to do. Friends usually want us to keep connected emotionally, and in some cases, they would try to influence us to stay close physically by attending the same school. Parents usually wanted the same, but they also influenced base on the costs of your decisions and what could be afforded. I approached deciding by looking at the schools that provided me with values that neither my friends nor family were considering.

I wanted a school that allowed me to be independent and disconnect me from all because I felt I was a product of my environment. I had taken on all that everyone wanted of me, and never really knew who I was without the strong influence of those close to me. At a young age, I realized that I was a people pleaser and rarely listened to what made me happy or prioritizing my needs first; this wasn’t a fault of anyone around but me.

I think where I went to college was the first major decision I made, where I knew it was the wrong choice. At the time, I didn’t feel empowered to make another choice, which would have aligned to the path I wanted to take in life. That was partly because I had never considered a life where I needed to provide for myself financially. As a young adult, you rarely think about this until the moment it’s too late, and trade-offs have to be made, which will have a lasting impact.

While speaking about my professional career may seem misaligned with the purpose of my project, it is one thread that underlies all my stories because, as far back as I can remember, I was working. Growing up and starting work as a teen in a family business created a framework for what an employer should and shouldn’t be, which didn’t align with what the corporate environments would provide for me later in life. When you work with your family, you associate work and working with familial properties and a support structure that doesn’t readily exist in other businesses, and especially not the corporate world. Working through this in my 30s and beyond has been a daily challenge.

I always thought my manager or boss would have my best interest, look out for me professionally, help me through my professional and personal problems, which, looking back, seems crazy that I even thought it. With a foundation of trust which wasn’t earned and just freely given, there were times I was played as a pawn in someone else’s game. In some cases, I was completely aware of my position and allowed it to happen because of a long-term strategy I had, however far fetched, or I wanted to help them achieve their goal. What I failed to accept in the corporate world was the eat or be eaten mentality. Even allowing myself to be selfless in these instances, made me lose the power of influence and it pushed me into a corner professionally. I am still working through this and am conscious that I can’t share much detail about this topic in such a public forum.

What I will say in closing is that I hope people work together and support each other more in the years to come. The ability to influence people shouldn’t provide benefits to only one party. I think we’ve all realized we are interconnected and woven into the lives of each other more than we would like to admit. Understanding your relationships and what benefits everyone involved will help us achieve our goals and stay happier in the long run, even if that means we have to give up a little in the short-term. 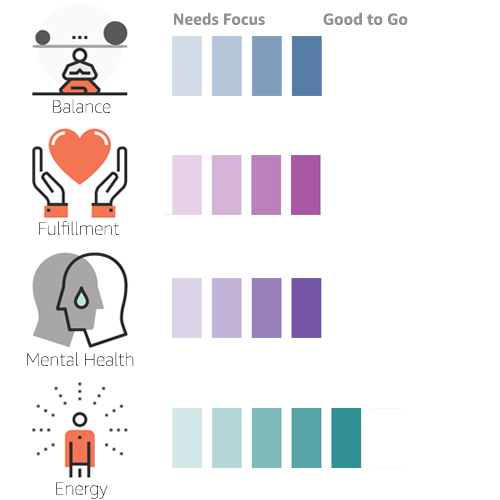