Over my lengthy educational career, I learned a lot. For those who don’t know me, I went to college for a total of 11 years. I ended up with five degrees in technology, design, and social sciences. I took advantage of the programs available for students to travel and experience new places, meeting amazing life long friends along the way. I am a big proponent of educational institutions, only because they facilitate so many different perspectives in one place and allowed for a broader discourse than one would naturally get in their day-to-day life. Though I have to admit, I  learned the most useful information in hands-on experiences outside of the traditional school, and many I don’t think I would have learned fully in a classroom environment.

The first experience was when I was accepted into the Walt Disney World College Program in the Summer of 2000.  It was their Millenium celebration Summer. They brought students from over 100 additional countries to Epcot to be a part of the world showcase, which usually displays about 11 countries regularly, so this was a major exhibition of cultures. The whole experience was one that changed my life forever.

When I arrived at the gates of our apartment complex in Orlando, Florida, I could see hundreds of others coming at the same time. Others arrived earlier in the Summer and were already living their lives amongst the Florida heat and the activities on the grounds. It looked like a mini city central with so much movement happening all at once. I headed towards orientation. I met up with another girl from my school, who was also accepted to the program, Angela.

We sat at round tables with the others assigned to our orientation time. There were a couple of chairs available for others to join and fill out the room. An attractive guy sat down, and instantly I perked up at the idea that I would meet a handsome man from far away and have a Summer romance. When he began introducing himself, Angela noticed the change in my demeanor and asked him probing questions. She was already engaged, and she later told me she saw I was interested and thought it would help me learn a bit about him before making a move. She was a great wing woman. When he responded to “Where are you from?” he replied with “Just outside of Seattle,” and my heart dropped. He was from where I was from, and this didn’t align with my romanticized view of the Summer to come. He and I were visibly annoyed that we ended up meeting someone from home when we were so far away. He was also working at Epcot, where my job would be, so we knew we would see each other more frequently than we would have liked at that point. At the end of orientation, we decided to go to the parks in the evening to run around before work began the next day. He joined us.

Over the rest of the Summer, we would grow close. My original desires of what would happen during that Summer came true. Keep in mind, my thoughts on romance were primarily driven from what I knew from rom-com movies, so my bar was low. We went to the parks often to ride the rides and talked about so many different topics. I also expanded my group of friends when I got to know his co-workers, who I ended up getting very close to, some of which I still am connected to today.

Dating at the happiest place on Earth when you get free admission is the easiest way to make a girl fall in love with you, whether you want her to or not. Every day was filled with fantastic conversation, laughs, and screaming as we went on the roller coasters. We even took a road trip to experience small towns and swim on as many beaches as we could find in a day. We visited Cape Canaveral, drove across the state to Tampa, and back up to Orlando. We ended up in torrential downpours on a small highway with little cell service, and we were worried something would happen to us in the middle of nowhere. Needless to say, that Summer checked all the boxes I was looking for.

My job at Epcot was less glamorous. I worked at the Sunshine Season Food Fair, one of the largest food courts, where I was a front of house cast member at the register or would gather the orders to present to customers at the counter. At one point, my role was upgraded because of my previous work at my family business. They made me a back of house General Teller, so I was in charge of the cash and registers at the end of the night. I would have to count the money, create the deposit for the location, and take it to the central drop point backstage. I learned a lot in that role about bookkeeping and finance, both I hadn’t expected.

Every week, we had a central seminar at our apartment complex. A Disney executive would come to speak to us about the company culture and navigating the corporate world. These seminars were my first formal experience with networking. To this day, I still have all my pamphlets and paperwork from that experience and look back on them from time to time. The skills those executives taught were invaluable, and I wish we had more intensive sessions to go more in-depth on each topic with them. At the end of the program, we were given a diploma and Mickey ears with a graduation tassel. I had officially graduated from the program at Disney University.

It was nice to have multiple functions and learning opportunities during my internship. Not only did it round out my education that Summer, but I also gained an appreciation for food service workers and met people from so many countries around the world that I had yet to visit. It refueled my passion for learning and exploring new cultures. While I am not in touch with everyone I was close to during that Summer anymore, I often think about them. Some are no longer with us, but the memories of the times we spent together, and the moments of magic we created as 20-somethings at the happiest place on Earth will forever stay with me.

While experiences like these are a privilege and aren’t available to everyone, there are other ways to learn, work, and meet people from all walks of life in every neighborhood. Volunteer at a school near you or a local non-profit helping the community. If there isn’t an opportunity like that in your area, make one. There are always others like yourself looking for similar options, so lead the way where you can. Seek out new perspectives and learn from them. The people we meet along the way can teach us more than any book could ever teach us. With the right people around you, every moment is a learning opportunity of some sort. Find your people and get a free education like no other. 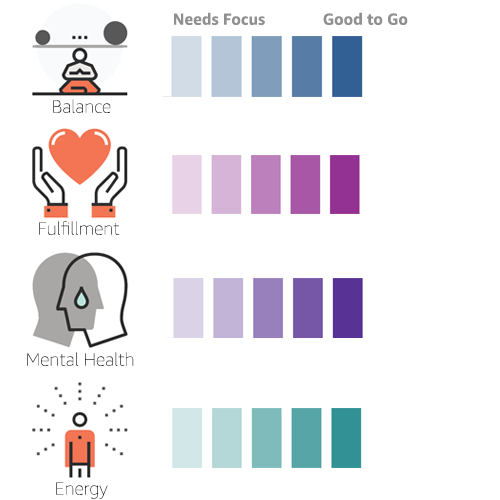