This morning, I have been thinking through topics that I’m not ready to share yet more than stories I’m comfortable sharing. It got me thinking about other times when I didn’t want to talk about something or when I actively avoided people or places to present the truth in part but not the whole story. I think there have been many times when I used misdirection as a tool to avoid dealing with issues at hand. While my primary intent was never to mislead, but more so to protect myself, I can understand why it may have seemed like I was deceptive at times. Some things are just hard to talk about until you have time to process.

My experience at prom was one time that comes to mind. I had planned to go with a boy from another school, as I did with many school dances. We weren’t close or in a relationship, but I knew him through my camp counselor friends. He was cute, so it would be an excellent addition to have in the customary picture at the event. It was really the only reason I asked him. I had hoped to be asked by someone from my school, but since I usually brought a date from either our club or one of my extracurricular activities, I think it deterred people from doing so.

I had gone to the store to buy a dress and found something a little understated, but it was dressy enough for me. I remember it costing less than $20, which I was really excited about, and I already had shoes to match. As with most dances, I made my jewelry, so in the end, the whole evening didn’t cost me much. When I called my date to confirm when we would meet, he told me he didn’t want to go anymore and that he was sorry. This was merely hours before the event. I had already been told that I should’ve gone with someone from my class by my parents, so I didn’t want to say to them that they were right and that my date flaked. So I just pretended everything was fine and went on my way to the dance. In reality, I was distraught and was trying to figure out what to tell everyone I was meeting up with. In the end, I told my friends the truth and played it off like I was ok. My close friends knew I wasn’t completely ok, but they let me have my evening without prying.

Once I got to the dance, everyone asked me where my date was to which I told them he couldn’t make it, and again played it off like I was ok. I met up with my two best guy friends, and they took a picture with me, which is one of my favorite photos to this day from high school. They wanted to make sure my night wasn’t more ruined. After the picture was taken, I broke down and started crying. A few people saw and came over to console me. I stayed around for a couple of hours and then left the dance and everyone having fun behind. It was embarrassing to be stood up, so I just left the event, hoping people would forget and fill in the blanks as to what I was doing. When I got to school the next week, it seemed to have worked for many of my friends, but for those who saw me breakdown, they came up to give me another hug.

Another time I actively tried to avoid a topic, and focus people on something else, was when I moved abroad. I had prepared to move away for years. All my friends and co-workers were getting tired of hearing about it with all the delays that occurred. By the time I got all my immigration paperwork completed and all my possessions packed up, I almost didn’t want to go. The whole process took all the fun out of it, but I couldn’t go back on my decision at that point. It was all I had talked about for so long. I was sure my friends would hate me if I did a u-turn. So I flew to Madrid to see where this path would take me.

Once the novelty of living in a new place wore off, I hated my time in Madrid. My inability to pick-up Spanish was a real barrier to social life in the city. It was also difficult for me to enjoy the social life as many bars were standing rooms, and with my residual back issues, I couldn’t stand on hard floors for very long. It felt like the cards were stacked against me, which impacted my happiness. When my friends and family would call, I would brush off the questions by talking about all the good things in the city like the fresh produce, the historical sites, and then focus the conversation on my work. I was always a workaholic, and they wouldn’t know the difference.

It worked for a while, but a few heard my tone change, and we knew I was trying to save face by not speaking about my issues. It also felt like I was ungrateful because I seemed to have gotten what I wanted and wasn’t happy with it once it was mine. Looking back, it seems silly not to feel ok to say that I was unhappy, and it was ridiculous to think I couldn’t change my decision. In many ways, we put all the pressure on ourselves to appear in control and smart enough to make the right choices, but the result of all the right decisions doesn’t mean it will give us the outcome we expect. It shouldn’t be viewed as a failure, and we can’t predict everything that may happen. 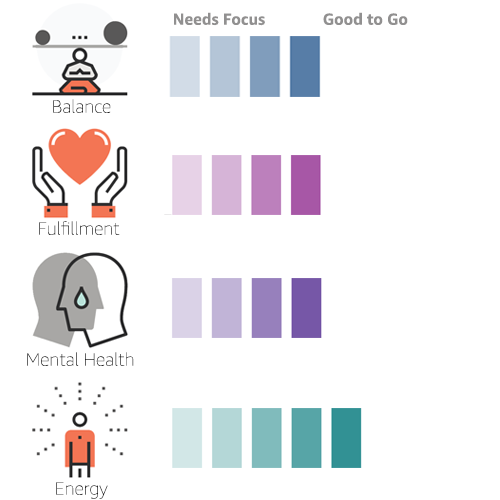