There are reasons and root causes for everything we do, good and bad. We find our energy and motivation through subjective reasoning, usually driven by the outcomes and learnings from very personal experiences. Sometimes timing is a crucial factor for how well we’ll stay on the path we chose. Our mental health can get in the way, too, depleting our souls of any nourishments it previously received. What keeps us going is complex, and it’s usually layers of fragile elements that can crumble at the slightest move. I don’t know about you, but I can quickly lose my motivation when my heart isn’t into it. If mentally, I am not strong enough to persevere, it feels like there was no point trying.

The past few weeks have been eye-opening in what I can achieve and accomplish when I stop feeling sorry for myself. It isn’t that there aren’t things to be sad or scared about, but I stopped looking at things that, I felt, hindered my ability to achieve as barriers. I began looking at them as obstacles, more something to get around and conquer than blockers, and it’s making a difference. Mind you, it’s a day-to-day struggle to keep that kind of mental spin on my life, but the results are worth it in the end. I’m hoping it will get easier over time when I believe it more. I may just need more time to let it sink in.

One of the things I always felt impacted my ability to be motivated, or stay motivated, was the anxiety about hearing what others thought about what I was working on. The comments usually revolved around my physicality. People always seem to want to chime in when they think you are physically incapable of doing, or completing, something. It always makes me wonder what their motivation is when they naysay somebody’s plans as it doesn’t immediately benefit the recipient of the comments. Any future benefit is a gamble with no way of knowing the results. While some of these comments may have been intended as anxiousness about how I would feel if I failed, it was never internalized as a worry from a loved one and more as an unrequested commentary on something which had nothing to do with them. I have always been well aware of my physical shortcomings, and no one needed to speak to them as if I hadn’t already considered the whole picture.

When I went to Sierra Leone in the Summer of 2008, I heard an earful before leaving. I was in my late 20’s going on a trip with a group of college kids, some of which were more than ten years younger than me and in prime physical condition. I was the oldest student on the trip since I had returned to college years after my first round to continue my education. This time around, I wanted to focus on topics that motivated me and helped me grow as a person. In my interview for the program, I was asked if I thought I could handle the trip from the heat to the location and the everyday social interactions. It felt as if there was a perception that I would have some mental blockers to adapting to such a drastic environment change with both the social and environmental elements expected because I was older. I promised them I could handle it and that it was a dream to live in such a rural part of West Africa and immerse myself in the local culture. I was accepted into the program.

In preparation, we had to get vaccines, health check-ups, and get the necessary backup medicines we would require if anything went wrong for us in Kagbere, the town we would be calling home for a month. The nearest hospital was far away. In all likelihood, if something went horribly wrong, we would be medevaced to Guinea or the nearest military hospital, which was white privilege in and of itself. Still, it gave some assurances to my family, knowing it would happen for me.

As I visited the doctors for all the necessary check-ups, each one commented on my weight, asking if I felt I could handle the trip. Some doctors gave me a look of worry or tried to talk me out of going altogether. I understood their concern and why they would urge me to reconsider, looking at the surface, but they didn’t ask the right questions to inform them before the line of questioning. None asked me why I chose that program and that specific location. Also, no doctor did any tests to check on my physical health status beyond checking that I had a pulse and could breathe. Had they gone a little deeper, they probably would have caught some underlying issues earlier in my life, and saved me time and money down the line. People like to assume a lot about others and feel no requirement to verify their assumptions. As we get older, we leverage the years of experience knowing others to assess anyone we meet in our future, but we may be missing out on the critical details that could change everything. I was cleared by multiple doctors to make the journey.

My family was worried about my allergies and specifically the fauna and sustenance while abroad. I was allergic to most plants in my home area to some level and had to take medications to control my reactions. I was also allergic to many flavorful foods and had to stay away from quite a few ingredients readily found in the region. I stocked up on my allergy medications and packed enough food supplements that, if it became an issue, I wouldn’t die due to lack of food or hydration. I also packed a rather hefty first-aid kit of supplies in addition to the requested items because it made me feel more secure in the trip. I wanted to prove to myself and others that I could still make such an adventurous trip, so I overprepared for any scenario that would prompt a call home to say I was in trouble.

After arriving in Kagbere, we were brought to the chief to have our first welcoming meal with the village leaders, something I hadn’t planned for. Unfortunately, it was the first meal where I learned the hard way that I may have needed to ask more questions to set myself up for success on the trip. There was a local spice that was used in most dishes in the country. Even being in the room with it, I knew I was allergic to it. At that first meal, I had to rely on another student who had traveled there the year before who traded his empty plate with me to finish mine as well, so we didn’t disrespect the leaders on the first day. The next conversation I had was with the program leaders, who informed me that this spice was in everything. I was most likely going to be eating white rice for most meals of the trip, and they would make accommodations where they could.

Luckily I prepared well, but it worried me from an anthropological perspective since I wouldn’t be able to have meals with locals for fear of disrespecting them for whatever they offered me. Still, I knew I could make it to the end of the trip with the supplies I brought. I needed to make it through this trip, and dealing with my food allergies has always been more challenging than dealing with other physical obstacles I was presented with. To this day, the smell of white rice takes me back to Sierra Leone and my Summer in Kagbere. I lost 27 lbs on the trip due to the meal adjustments I had to make and the physical activities we participated in. The portions were much smaller than I was used to, and all the ingredients were fresh without any preservatives. My body reacted well to the experience, for the most part. I also didn’t have to worry about the “runny belly” all my peers had to deal with since I couldn’t eat all the spicy foods. It may have been a blessing in disguise, thinking back on it.

Completing this trip was an achievement I have leveraged for motivation in the years that followed. I knew I could mentally and physically handle life without all the amenities of the “modern” world, and be happy. Looking at a map and choosing where my next travel destinations would be wasn’t as daunting. I have it in me to achieve what feels impossible. It doesn’t mean I can achieve everything, but I will give it a go and see what happens. Had I done this trip a few years earlier or later, I don’t think I would have come out of it with as much motivation to continue on a positive journey. I think the result can be attributed to the combination of leaping at a time in my life where I was craving change, and spending time with that specific group of compassionate and empathetic people in such an exceptional environment. Your motivation should come from within, but I will forever be grateful for those who helped me as I struggled to achieve my impossibles, and I probably couldn’t have done it without them. 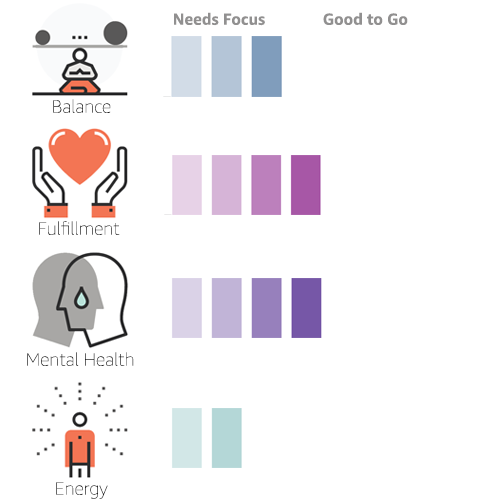