Our family makes decisions for us, even before we are born, and we have to live with those decisions, for the most part, forever. A mother decides what the baby will eat while in the womb creating a foundation for our biology and future health. The religion you will be taught is decided sometimes even before you were conceived, and by the time you could make a choice for yourself, you have already invested countless hours in something you may or may not believe. Your socioeconomic status is one you inherit, and it sets a precedent both mentally and physically for you as you grow. We live with the decisions made before we were born and act accordingly until we are at an age to do anything different. Every family brings with it some inherited obligations, and mine was no different.

There is a sense of familiarity between two people who feel obligated to their families or the decisions made for them.  We see the struggle each other has to go through, and when we see those obligations come into our day, we don’t fight them because they often feel like a lost cause and more trouble than they are worth. Today, my senses tell me to share some of the obligations that changed my life forever, and had they not been there, I wouldn’t be where I am today, for better or worse.

A long time ago, what feels like another lifetime, I was in a long-term relationship, my only serious one, if I’m honest. He was a Punjabi from England whose family was Sikh. I am a Greek American from the U.S. whose family wasn’t aligned to a single religion but was raised as Greek Orthodox for many years. Naturally, these two love birds met, and a relationship blossomed. While there are many successful inter-racial and inter-religion relationships with familial obligations that could stand the test of time, ours was not.

We both had multiple family businesses that we worked for, which was one point that brought us together but also drove us apart. We were always working. Our relationship consisted of phone calls throughout the day when we were driving from one place to another or on a break. We would eat dinner together most evenings to decompress from the day. Sometimes, we would share a full day off and finally be able to enjoy each other’s company for more than a couple of hours. We had enough of a connection to stay together through the scheduling mishaps, the family’s calls, which we felt obligated to take during our together time, and the canceled plans because an employee didn’t show up, which meant we needed to go back to work. This relationship went on this way for over four years and set an unhealthy stack ranking that I was never someone’s #1. In our circumstances, I would never hold that top position, even with myself, it seemed.

At one point, we discussed marriage, and looking back, it was the beginning of the end for me. With our families being two very different religions (Sikh and Greek Orthodox), much of their teachings were in direct conflict, which meant, if we went down the path of marriage, we would have to make some tough decisions. Each religion has a different guideline about converting a spouse or how offspring would need to be raised to be afforded the traditions and ceremonies we knew our family would want for us. In his case, his family was still practicing arranged marriages. If he presented me to his family as his girlfriend, things would either kick-off into full swing that we were serious enough for him to present me to them, meaning the marriage was to happen soon, or that they would reject me altogether. On my side of the family, I had some similar worries though he had known my family from even before we started dating, so they knew him well, and everyone loved him, but the religion question was still open.

I was never someone who wanted to get married. As far back as I can remember caring about the topic, I was always of the mindset that it wasn’t necessary for me or the life I wanted. I still stand by that sentiment, though I am less opposed to the concept of marriage at this point in my life. (No, family. I am not saying I want to get married, so don’t start calling with suitors!) For him, though, I knew marriage was the only way we would be able to stay together because I wasn’t happy with a life in the shadows where I couldn’t experience what it was like to be part of his family before tying the knot. I considered marrying him, even with all my trepidation. Still, one last topic sealed the coffin on the whole relationship and mentally made me dwindle until we were no longer compatible or on the same life path.

Divorce. Divorce wasn’t something either family would allow freely, and it would have brought a stigma to both our families and us if things didn’t work out. With my lack of understanding of what being part of his family actually meant, and uneasiness about committing to someone with a risk that I wouldn’t end up enjoying that lifestyle, potentially ending in divorce and shame, it was too much for me to continue considering.  I began creating friction points that forced the inevitable conversation of whether we should stay together or not. The answer was that we wouldn’t, unfortunately.

If we hadn’t felt the obligations from our families and the religions we were brought up in, we could have had a happy life together. It’s challenging to reject something that has been there forever for something new and put our trust in a future that doesn’t align with our pasts. In the end, we weren’t in a place or mature enough to make such big decisions. 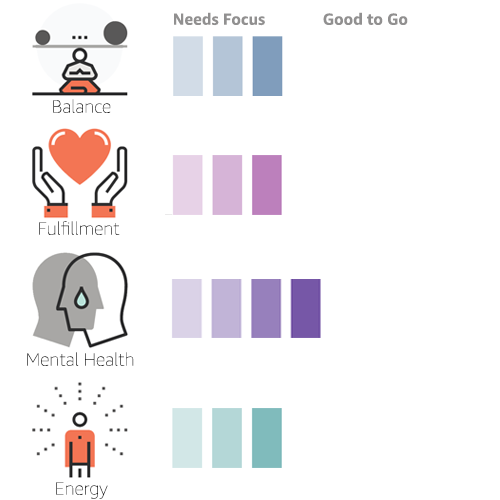