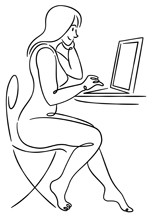 This is a round robin story creation project. Gwen and I will be rotating section after section, continuing on each others writing until we find a natural ending.

Hope you enjoy what we create! Gwen will begin the story… 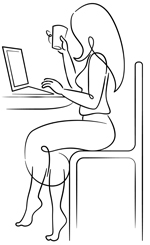 When he opened the front door of his small apartment in East London, Matt felt the tension in his shoulders ease just a little, whilst his cut lip and black eye were a reminder of the task at hand and the terrifying 48 hours he just went through. He reminded himself he was safe for now to stop his hands from shaking and his heart from beating so fast. The night was dark, cold, and gloomy, a painful reminder of the inevitable winter coming. He was exhausted, hungry, and more terrified than he cared to admit.

He sat down on the sofa and closed his eyes. But reality would not let him rest, not tonight. He glanced at the brown envelop next to him but did not dare to look at the pictures inside. He fought back the tears. He had to be strong. Why could such a trivial thing as a brown envelope and a couple of pictures have changed his life so much in 48 hours only? His mind was swirling with questions and worries. Where was Emma? What had happened to her? Why was she not calling him back? He stood and, despite the late hour, made a fresh pot of coffee in his small kitchen overlooking the river. He had more thinking to do, a plan to make, decisions to take, and the coffee would help him stay awake and power through.

He sat down at the table, the coffee warming his cold hands slowly. He turned on the laptop but was not sure where to start. He could hear the distant sound of a dinner party in the apartment above. He had always loathed the Beckett’s, for they entertain guests almost every day of the week and did not seem to care about anyone. He had tried talking to them before but to no avail. His complaints had fallen into deaf hear, and he was not the kind of man to stand up to anyone for very long. He always cowered away in his apartment, silently cursing them but never standing his ground. Tonight, he did not care. He had a more serious problem to address. He had to find Emma.

He closed his eyes, hoping to mentally block out the noise and think back over every last detail, to try and understand what happened. Was he going crazy? Was she even real? At this point, nothing was out of the realm of possibility. Things weren’t adding up. He decided to replay everything again in his mind, for what was probably the fiftieth time; he must have missed something.

As the sun began going down on a Summer day in Regent Park, Matt was lying in the grass with his head propped on his messenger bag reading. Suddenly, a dog ran up to his face and began licking him, as if to greet an old friend. Startled, Matt rolled over and looked up to see the silhouette of a woman, backlit by the sun, running towards him, screaming, “Charlie, no! Oh, dear… no, Charlie, no!” As she got closer, he smiled as Charlie continued to jump on him licking his face.

She knelt and clipped the leash on the dog’s collar and said, “I’m so sorry to have bothered you, this is Charlie, I’m Emma. He’s normally not so eager to meet new people.”

Matt wiped his face with his shirt, lightly laughed, and spoke directly to Charlie, “Well, allow me to introduce myself. I’m Matt.” With a glance up to Emma, he smiled, relieving her of the embarrassment she felt. From that moment on, they were inseparable, until her disappearance. The thought of her being gone brought him out of his daydream, and the noise from the Beckett’s made it impossible for him to focus. He had to go out again and clear his mind. Grabbing his knit hat and jacket from the door, he decided to go on a run.

Emilia decided to check up on Arthur one last time before going to bed. She tipped-toed into his room, removed a lock of hair from his sweet little face, pulled the blanket up and kissed his forehead gently. He was sucking his thumb and breathing gently. Charlie was sleeping with Arthur and was snoring heavily. She had tried to argue with Arthur about letting the dog on the bed but she had lost that argument tonight. Both of them had looked at her with puppy eyes and she felt all her strength and determination melt away.  She scratch Charlie behind his hears, kissed Arthur again and left the room quietly. She closed the door and dialled Emma’s number again.  She was getting very worried. It wasn’t like her to leave Charlie for two days like that. She considered that dog like her child and she would never just leave him without letting Emilia know. No answer, straight to voicemail. She sight.

– “Sis, it’s me again. I am starting to get worried about you? Can you please call me back? Charlie is missing you and Arthur really want to play with his favourite Aunt again. Love you!…  Call me please!”

She hung up but couldn’t stop thinking about her sister. There was no secret between them, never was, she was sure of it. If Emma was not calling her back, it’s because she couldn’t. If she hadn’t received a message from her sister by morning, she would go to the police. She put on her pyjama, washed her face and teeth and settled in bed. She closed her eyes but her mind would not let her. She kept finding herself staring at the ceiling and forcing herself to close her eyes. She tossed and turned all night. When morning came, she had barely slept and, most importantly, she had not heard back from Emma. She heard Arthur laughing in his bed, possibly at something funny that Charlie was doing. She decided to get up and take care of her son, hoping to keep her mind busy. She left her room and was about to head upstairs when she noticed the envelop. She froze. The large brown envelop, left on her kitchen counter had not been there when she went to bed last night. She was certain of it. Someone had been inside during the night and left it there. She felt a chill going down her spine and her heart beating faster. She was sweating and shivering at the same time.  She looked around the room to see if anyone was still there, she rushed to the front door, locked. She ran to the back door, closed but unlocked. Not as she left it. She ran up to her son’s bedroom. He was playing with Charlie, who was wearing a cowboy hat from one of Arthur’s Halloween costume.

She did not answer but swept her son in her arms and held him close, kissing his hair and face. Perhaps, it had been a blessing to have Charlie with Arthur all night. She took them both downstairs, settled Arthur in front of cartoons with cereals and milk; and told Charlie to stay with him. She went back to the envelop and opened it slowly. Pictures. Loads and loads of pictures of Emma, going about her day, walking Charlie, shopping, driving… and a thrilling note “Goodbye Emma. Time for justice”.

She almost collapsed on the floor and felt the air trapped in her lungs. She was unable to breathe and felt sick. She grabbed her phone and dialled 999. When the operator answered, she could barely talk but managed a simple “I think something happened to my sister”.