All my life, I’ve had allergies, and I’m envious of people who have never had to deal with them. They can be crippling and make you question your capacity to survive and function. For me, allergies were always something that held me back from achieving. Whether it was depleting my energy, or making my body react in more severe ways, allergies have always been my nemesis.

As a child, I was allergic to pollen and grasses. The amount of time I could enjoy the outdoors was limited by the amount of pollen in the air. Being the adventurer that I was, the sound of the lawn mover would always depress me. If neighbors were mowing their lawns, I was out for the count. If multiple neighbors were all doing lawn care, I would have to stay inside the whole day with all the windows closed or sneeze the entire time. My allergies made me sluggish, so if any air from outside reached me these days, I would instantly want to sleep or lay on the couch. This immobility would come across as me being lazy as a child, but I was always fighting my body’s reaction mentally, even if physically, I had to succumb.

We lived up against a grassy field as well, and when the owner would drive around on a big mover to cut down the grass, I wasn’t able to open my bedroom window for days. The wind would pick up the shards of grass and bring them through my window. I’d instantly begin sneezing, and my eyes would start to itch. All my friends could be outside playing, and I wanted to join, but the physical reaction I had was too strong, so I turned to books and television to keep me company. Had I not had allergies as a child, I don’t think I would have read so many books, or found a passion for discovering new cultures.

I was also allergic to dogs, cats, and any animals that ate hay. Many of my friends had pets. When I would go to their houses to play, I was always on a limited schedule because I usually had a reaction of some kind. I would try to time it well enough to get out before my breaking point because my physical reactions could be debilitating and embarrassing. There were times when I considered not keeping some friends because having allergic reactions all the time was draining for me, but I never wanted to hurt their feelings, so I never made a move to separate myself from them. In some cases, both with my friends and family members, my reactions would be so strong that they would have to clean their houses before I arrived, otherwise I wouldn’t survive the experience, or they would be so stressed out while I was there that it was easier to clean than worry.

When I went to college, I started trying all the typical college foods that were cheap and quick. One of my favorite cuisines was Thai food, but as I ate it more and more, I started having small allergic reactions. I realized that I was allergic to the spices used, and I suspected that different chefs would have other preparation techniques, which may have been why I would have reactions sometimes but not always. One day, I ordered my regular dish, and by mistake, it had a couple of stars of spice. I generally didn’t eat spicy foods, but I decided to eat it as I was famished. That is when I had my first big allergic reaction and found out definitively that I was allergic to chilies.  I always had a slight reaction to black and white pepper; they always made my mouth itch, but I had never before reacted like I had that day.

From that point forward, my life would change. Even though I never was into spicy foods, it was now something I had to plan to avoid on future travels, and call out in every restaurant for the rest of my life. I no longer could arrange for that trip to Thailand because, most likely, I wouldn’t be able to avoid chilies while eating in the country. It also put a damper on my plans to spend time in India, a place I had always dreamed of visiting since I was a child. I just kept seeing all these barriers in my future, and that began mentally weighing on me. Over the next couple of years, the allergy seemed to worsen, and I have been told that allergies can often intensify for women during our 20’s due to natural body and hormonal changes we go through. Being a woman is hard.

My allergies had an impact on my dating life, as well. It became a make or break conversation that usually broke my relationships. Most men wanted either or both pets and spicy foods in their lives, but it was something that I couldn’t have in my future. I can’t tell you the number of times someone has said to me, “You’re great, but I really can’t go without spicy foods.” Imagine being set aside for a spice! I could see someone saying they had a pet they wouldn’t’ get rid of, but I clearly wasn’t “Wow” enough for them if they couldn’t give up a flavoring.

Between my food allergies and my environmental allergies, I have always come across as high-maintenance, or as some of my friends would say as a “delicate flower.” Being seen as someone who wasn’t easy to deal with always made it easier for me to stay single because I never want to get to know people well enough for the conversation to come up. It’s still hard to hear how people perceive you when you don’t want to talk about why. 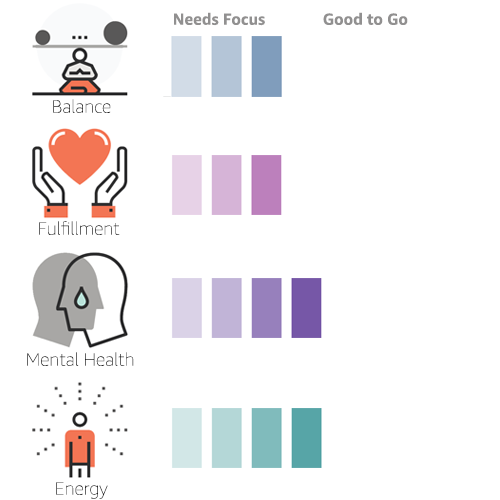