Looking back, I can see I felt it was easier to put up barriers and hide bits and pieces of me away. In some cases, I would do it to avoid something I didn’t want to confront or omit something from my life, which I knew wasn’t right for me. In other cases, I did it because we, as a society, seem to be trained to judge, classify, and sleuth out the “truth” as we see it, and that can put undue stress on someone who is a very private person.

I never liked to share the parts of me that were most controversial; it never seemed like something I owed anyone. With my unique background, some of which I shared in previous posts, it was easier not to answer questions and then have to justify why I was different. Once I realized that hiding things streamlined my life and time, it became a habit that continues to this day in many forms.

Growing up, I gravitated towards things that organized or stored other items such as treasure chests, jewelry boxes, and hand-carved wood boxes. Looking back, I think this was a physical manifestation of me creating layers of protection for myself for the trinkets and tangibles I acquired growing up. I collected spoons, which was a past time, passed down to me from my Grandparents. I also collected the little figurines that came in the tea boxes my parents bought. I had a shadow box display in my room that I would put them in so I could display all that I had collected.

At that age, I decreed that my room was a forbidden zone that no one could enter under any circumstances. I thought my family respected my wishes for many years until my younger sister, who I only started becoming really close to in the past six years, told me she used to sneak into my room when I was out. Imagine the horror when I heard this as an adult and realizing I had been lied to and never should have trusted my family all these years! I’m not sure why this was one thing I always trusted because who wouldn’t go to a forbidden place if they knew they wouldn’t be caught? Hearing this from my sister clearly triggered something in me even as a rational adult; she saw it on my face when she told me, and it took me a few days to get it out of my head.

In junior high and high school, I never had a core group of friends. I always liked jumping from group to group to get to know as many people as possible. I genuinely loved hearing people talk about their life, what they were up to after school or the gossip of the day. While I believe the motivations I describe to be accurate, I suspect I enjoyed it more because it helped me compartmentalize and continue sharing only part of me with people, keeping the “good stuff” to myself. By dividing my attention and time with everyone, I put up a protective barrier with each in a different way.

I thought I was so sneaky and under the radar with this plan, until one day, my high school English teacher commented on it, and I was shocked. He called me out on it in the cafeteria in a way to show he acknowledged it was something I consciously did, and that I needed to own it. I was taken back by the forward comment on something that I wasn’t forthcoming about and partly mortified that I wasn’t as good at hiding as I thought. Nevertheless, having it called out made me want to be better and reinforced my need to protect more about myself. It’s crazy to think back and remember conversations with people that happened 23 years ago and know that it somehow impacted my life in such a way.

“We are mysterious creatures, aren’t we? And at the end, so much of it turns out not to matter.”
– Meryl Streep as Lila Wittenborn in Evening (2007)

I have always been able to read people well and empathize with them, but it was particularly strong with some more than others. With some people, I could sit next to them and know what they were dealing with through a kind of energy or a kismet connection. I was hyper in tune with a rare few that I can’t quite explain without sounding insane. My family had that type of connection where it never failed that if one of us sisters called my Mom, we would all call within minutes, even when we all lived in different states or countries.

When trying to hide and protect myself with everyone, a rare few made it impossible to achieve my goal; the flood gates open, sometimes with a velocity that I couldn’t control, and all the beans come spilling out.  When this happened, it was always overwhelming for those on the receiving end. With these rare individuals, I could feel a craving to share with someone, and when the crack of light came in, I burst. Since it was my habit to keep most people around for a finite amount of time, when I met someone who gave me this relief, I usually leaned into it to feel that burden lifted, even if that meant they would leave my life sooner than I would have liked.

I have always been a self-sufficient person, and that also created barriers to my emotional maturing. People thought I didn’t need them because I could usually answer my questions through reading and researching, and I could learn to do anything I needed to be done; I enjoyed learning new skills and adding them to my arsenal for life. I wasn’t particularly eager to share those things with people because it usually slowed me down. This act gave a perception that I wanted to be alone, which may have been the case. What I think I was seeking was a space without judgment and an equal partner to join me in all the skills I was acquiring, and I always felt like I was so different from everyone that no one could be my equal. I know I am an odd bird, and I’m often reminded of it in my daily interactions with people when I share stories of my life.

In the past couple of years, I began sharing stories more freely with people, stories that I felt were safe and less likely to be judged harshly. As I would share those stories, the phrase I heard the most was, “What haven’t you done?” which always came out more like a curse than a compliment. Being curious by nature fueled my desire to try everything. I have some amazing stories from all those activities. When I felt a little more trust in certain people, I would share, and it sometimes came across as bragging based on their reactions, so I shut myself down again; what was the point in sharing if, no matter what I shared, someone would trivialize the worth of it and make me feel bad?

Having only myself to reminisce with sounds like a lonely activity, but I don’t feel alone doing it. I enjoy going through my pictures and videos and reliving all the things I’ve done, places I have been, and remembering the people I met along the way. It feels like I have lived many lives. I’m hoping some of my stories feel relevant to share during this project. 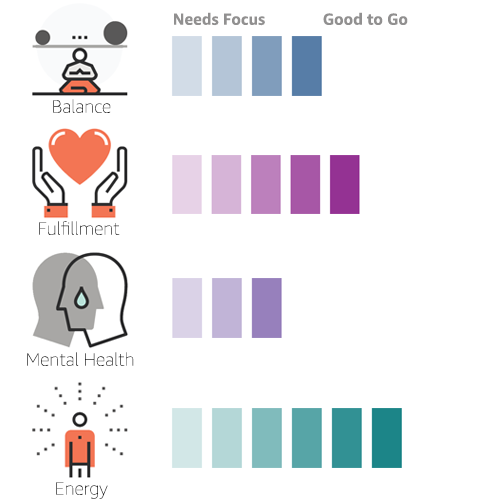