Do you remember what you were scared of when you were a kid? Growing up, I had several things that frightened me at home. The two that I vividly remember were 1) I always thought I saw someone walking around at night in my house, and 2) Jesus. The first one may have a relatively straight-forward reason in that my father often came home late from work, so it very well could have been him. The second is a bit more of an anomaly and probably not what you would expect.

At one point in my childhood, I got my own room; I was a big girl! I got a big bed, my own closet, and it was fantastic. Since I was sleeping alone, my door was kept open, so my Mom could make sure I was ok, but after a while, I was 100% a closed-door sleeper, and I blame Jesus, well Salvador Mundi, to be precise.

Outside my bedroom door was a large print of Leonardo da Vinci’s Salvador Mundi painting of Jesus dressed in Renaissance flair. To top that, the picture was illuminated by the hallway nightlight in the evenings, which gave it a little extra oomph that scared the you know what out of me as a child. I remember closing my door in the middle of the night when I was scared, and then one of my parents would crack it open so they could hear me if I had an issue. When I woke up again and saw the door open, I thought it was Jesus, no joke. This experience may be why I never bought into religion or that Jesus would be anything for me other than the scary guy who looked at me while I slept at night. To this day, I still sleep with my bedroom door firmly closed with my back to the wall, farthest from the door as possible.

One of my fears outside the home were of dogs. I was a bit lucky because I was also allergic to them, so I didn’t feel like I was missing out on anything since they made me have both physical and psychological reactions. In our neighborhood, most of the families had dogs at one point or another, so I would have to tread carefully when walking to the bus stop or to a friend’s house to avoid being barked at or chased. Traveling in my neighborhood was like an obstacle course some days at a time when leashes weren’t required, and dogs could roam freely.

I distinctly remember one day when all my fears came true, and one of the dogs charged me and bit my knee. They didn’t latch on luckily, but I went screaming to my Mom, who took the time to console me and put a bandage on my knee. I think it was more emotionally scarring than physically scaring, but it was traumatizing nonetheless.

My best friend’s next-door neighbor also had dogs that I was always fearful of because they were large and barked really loud. This was another instance where I would run past their house to get inside before the dogs saw me. Those dogs were frightening. I often had nightmares growing up that included them chasing me around town. Even today, dogs are one of the creatures that I have nightmares about even though I’m not scared of them anymore.

My dreams have always been very vivid, and sometimes the feeling of my dreams stay with me throughout the day until I went to bed again. If I have a nightmare, I can usually remember every detail and the feeling of being frightened surfaces as anxiety the following day. On rare occasions, I would remember the dreams days later, and the feeling doesn’t go away until I immerse myself in another topic that can pull my mind away. Some days it can be crippling. On the inverse, this also worked when I had really happy dreams. I’d be able to hold onto that happiness for a while after waking up, but it was never as lasting as when I was scared.

I was also scared of the dark, in general. At home, I would start turning off lights from the farthest away from my bedroom and walk through the lit rooms until I got to my room with the door closed before turning off the overhead light. Even then, I would usually turn on a lamp next to my bed that would stay on until my eyes were closed. It was a little OCD at such a young age to never want to be in the dark.

When we closed up the nightclubs with my father, whether it was during the day or when it was dark out, we would turn off all the lights at a room far back in the building, and then have to walk up with a flashlight to the front door to turn on the alarm and leave. As a child, I started to learn the pathway and would run-up to the front, so I didn’t have to be in the dark for long. When I had a billiard hall in my twenties, a few of the things that frightened me surfaced again.

I swear the building was haunted. It previously was an old trucker bar, so who knows what went on in the building during that time. Sometimes in the evenings, I would hear people talking in the building even though it was empty. Employees and even customers asked me numerous times if it was haunted because of something they experienced. I had a process to close down the building, so I wouldn’t have to walk around in the dark. This process was partly because I still held onto the same fears I had as a child, but also because every once in a while, I would get the feeling that someone was standing beside me or walking with me when I couldn’t see anyone there. Once I thought I saw eyes looking at me from the walk-in refrigerator. I ran out of the building and stood outside with the door open for a good 30 minutes before gathering the nerves to walk back in to turn on the alarm.

In the past five years, I started getting vibes around the cities or at historical locations I visited, almost like I could feel the energy of a place or space in a way I had not felt years prior. I won’t go into those stories today. In closing, I will say that looking back on my fear of people walking around my house at night as a child and remembering specific figures I think I saw, I’m starting to believe I had a sixth sense at a young age. There is no way to know for sure, but it seems to hold true after everything I have experienced in recent years. 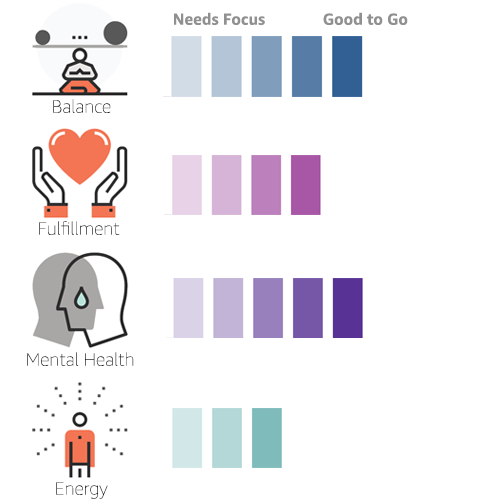