Ugh, the only constant in life, and such an unwavering force. It’s the only thing we can count on these days. Everything else seems fallible. It’s such a cliche that I won’t wax poetic on the topic as you would expect. In an odd turn of events, considering the topics I have already covered, I’d like to share a little about growing up in nightclubs in the 80s and how arcade machines played a prominent role.

As kids, we usually valued things that were our first outright possessions, such as blankets, toys, or other assuring tangible items that made us feel comforted. Sure, I had a blanket, just like many other people, that was given to me just after I was born, but it was a hand me down from my older sister, so it never felt like it was totally mine. Then there were the things that made us happy like a hula hoop, a bike, board games, playing dress-up, or make-believe. The thing that made me most ecstatic as a child were quarters, as in the coins.

The first memory I have is from a nightclub, running around a room full of colored lights and listening to pop music while my father, uncles, and others worked. I’d always sneak into the snack bar to use the soda gun to pour myself a Coca-Cola or Sprite. I liked playing with the ice by scooping it and moving it around in the basin. I would often get lightly yelled at when they caught me reaching for the Reese’s Peanut Butter Cups.

In those days, nightclubs sometimes had a game room as a kind of resting area away from the loud music of the dancefloor where people could talk and socialize without the need to dance. There were usually pool tables, foosball tables, and of course, arcade machines. These magical boxes were monoliths to me as a child, and they probably should have been considered one of my first babysitters. Standing at the feet of them, I could only see part of the screen, I was so young. When I pulled a chair up to them, I could watch the screen and watch any number of characters chasing each other, car races, gorillas that threw barrels down a ramp, space ships that fought off invaders, massive bugs that would eat other insects. It was a whole fantasy world of its own for me to experience when I spent time with my father. Once someone realized they could put me on a chair and load the machine with quarters, they were really my world.

My favorite games were Donkey Kong, Pac-Man, and Ms. PacMan, the Atari racing games, and Galaga. These were the toys that taught me many skills that I use daily, even as an adult.  At a young age, I honed my motor skills, learned about timing, how to pay attention to the smallest detail that may make or break my game, and how to use what I learned from one game to another. Many of the games in the ’80s were very simple and almost mirrors of another game with so many corporations trying to cash in on the gaming trend at the time. Once I realized Donkey Kong was nearly identical to the Popeye game, in both design and patterns, I started expanding to more and more games.

Pretty soon, I was requesting to go to work with my Dad every day because I was really excited about trying to get to the next level in whatever game had my interest that week. At some point, the guys at the club (it may have been my Uncle but I was so young I can’t remember exactly) showed me that the front of the arcade games could be opened and all the quarters I put in, could be pulled out. Seeing a metal container full of quarters, the key to all my happiness, was like discovering a treasure chest. I was then taught that I didn’t need the quarters at all. All I had to do was open the machine and wiggle a thin piece of metal, and then the game would count it like it was a quarter. This technique meant I could have unlimited gameplay without having to ask anyone for the quarters.

I think this was also when I began practicing my math skills as I was asked to sort the quarters from my newly discovered treasure chest. It may have been how my father was trying to tell me not to sit so close to the game or play so much and keep me distracted without actually telling me to stop playing. I would sit at a table and put them in piles, and when I was done, I could play more. This was probably one of my first jobs thinking back on it, though I am not sure I was helping anyone.

Arcade games were also my first experience seeing computer parts like PC boards and circuitry that I would eventually use in my professional career. Experiencing them, even from a distance as a child, made them less frightening for me to work with as I grew up and helped open me up to the idea of technology and what it could help us accomplish.

I had a similar affinity for the billiard tables, which required quarters to drop the balls so I could play with them. From playing pool, I was taught a lot about geometry, which I didn’t realize when I was under three years old. I remember again, needing a chair to stand on so I could either use my hands to hit the balls around the table or when someone could help me, I would use a pool stick. Once I realized, similarly to the arcade games that I could open up the table and play without the quarters, it reinforced the concept that there were always multiple ways to get what you want, and that became a game in and of itself to figure out as I grew up.

These were the games I grew up playing, and I’m grateful for what they taught me. While it’s an unorthodox way of learning, it was effective. I wholly believe that if I had not grown up with these experiences, I would never have gone into tech or loved math. If you keep your mind open to the idea that something so mundane could lead you down a path of great enjoyment and fulfillment, the world is full of possibilities waiting to be found. Please take the opportunity to find something in your daily life that you took for granted and reconsider it’s potential and what it was already brought to you. 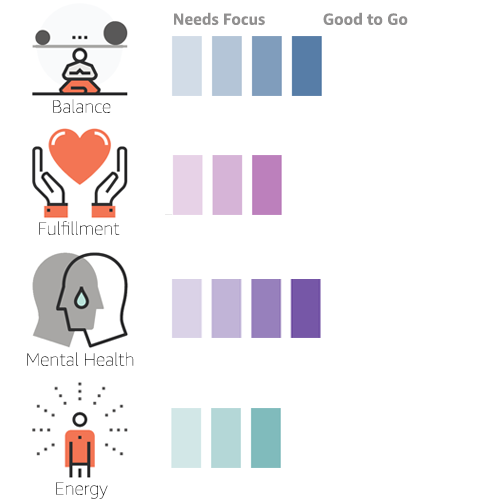