As a Greek American, I am continually balancing two strong national identities. On the one side, I am, in many ways, proud to be an American. On another, I find myself trying to hide that side of myself, more so in recent years and especially since I’ve lived outside the U.S. The Greek side of me has always felt more prevalent in my day-to-day for as far back as I can remember. Still, it was often the side of me that never felt readily accepted.

My mother is American, and my father is a first-generation Greek who moved to the U.S. in the 60s. They both instilled in me qualities not only of themselves but also of their countries. I, also, took on qualities of each neither taught me, which I learned through my own experiences and travels.  In many ways, the two identities I absorbed were always at odds and trying to find a balance because I didn’t want to hurt either of them by being more one than the other.

I played the part of a mediator between my parents, always trying to bridge the communication gap. I would mentally take on any qualm they had with each other and think it through from their perspectives. I have very vivid memories of doing this even while in elementary school. For most of my life, I always thought I was an imperfect balance of my parents’ qualities.

Having gotten many of their superpowers, with enough of the qualities that each took issue with from the other, it made my life and relationships with them more friction than a bond.  As I’m getting older, I realize I’m not sure I was naturally a balance of the two, but that through my efforts to keep both of them happy as a child, I took on that position, so they both felt supported when they needed it most. I think my motivation was to take on the role I wanted each of them to be to the other. I’m still working through this one. To this day, I play this bridging part, and only during lockdown when I did it via FaceTime during a global pandemic, did I realize that this was a role I had played since as far back as I could remember. The pull from each side of me continued throughout my life.

We spoke English in our home because my father worked so much that we never got a daily chance to practice the Greek we were once fluent in as children. I understood most of what I heard, but speaking back was always an issue for me (on multiple levels). My mother learned Greek after she met my father so she could talk with my grandparents and future in-laws, but for some of them, that was never good enough. With our close Greek family and relatives, our inability to speak Greek correctly was always a point of defect for them, or that is how it felt to me.

Whenever we tried to practice and enunciate, we were corrected in a way that felt more like a slap than a nurturing embrace. After so many years of it, I realized only within the last year that it gave me a sort of PTSD response to speaking in foreign languages. I have taken classes in German, Italian, Spanish, and Greek, and I have the same issue with each. Having to provide an auditory response to somebody in a foreign language makes my blood pressure rise, and I have a mini panic attack. I can read them all and generate meaning from basic sentences, but speaking is my crux.

We attended a Greek Orthodox church, which I enjoyed, not because of the religion or a belief in it what I was formally taught, but because I loved the community it built. The things I remember most about the church were the communal dance of stand-up, sit-down, kneel, queueing, singing, and the cantors’ tones. I found great pleasure sitting in a light that shined through stained glass windows, illuminating a room of gold-painted pillars and deep red carpet. I was enamored with iconography and the murals on the walls and ceilings. To me, that ambiance is one that comes through even today with the way I have decorated the places I have lived.

At a Greek church in America, there was always a presence of Greece and the U.S. in all that we did, with much of the congregation being 2nd or 3rd generation Greeks in America. As an extension of the diaspora, we all were keeping traditions and our community alive. It was the only place I felt accepted in being both American and Greek as a person; they acknowledged both sides of me but treated me the same as any other. The only thing that lacked in that environment was that I never believed in the religion that brought all those fantastic people together. It always felt like an imitation game. I didn’t particularly appreciate that I had to go through the motions of a religion I never believed, in order to join the Greek dancing activities with my peers. I couldn’t reconcile that, so once I left for college, I stopped attending and only return on occasion.

My mother loved history, and as kids, she would always teach us about different places in the world and the people who lived in them. She also volunteered at our school as an art docent, which was a program for parents to teach students about famous artists and artwork from around the globe. To this day, my friends still ask how my mom is doing and mention how much they liked having her as the art docent. I think if she didn’t have a passion for being a mom, or traveling, she would have been a teacher.

She always made sure my sisters and I learned about the history of my father’s country and was cognizant that this was important for us. Sometimes it felt like she was trying to make sure we didn’t go through what she went through to gain acceptance from that side of the family. Nevertheless, we appreciated it, and it came in handy in the years to come when visiting historical sites and our family in Greece. So I think I owe her thanks.

When we traveled to Greece, it was an opportunity for us to practice our Greek. Unfortunately, that never really worked out because our cousins were always preparing for exams, which included English, so we were asked to let them practice their English with us. We would always oblige knowing that we were giving up our opportunity, but we liked to get to know our cousins, and it was the easiest way for us to build relationships with them. Looking back, I wish I asked them to return the gesture, but at that age, you don’t realize the opportunities until they pass you.

In the U.S., even my closest friends would make quips about us being Greek. They would almost purposefully mispronounce spanikopita or gyros, even after years of correction. There were always comments about accents and how people in my family sounded when they spoke, however innocent. Their parents would say little things here or there to call out when my family wasn’t like theirs. We would continuously be called out for traveling to Greece every summer to visit our family and stay close to them. What people didn’t realize was that my father worked double time or more to make sure we could afford that luxury and remain connected to a place and people he called home. As kids, we also worked in our family business after school and on weekends to ease that burden. Even that was a point of conversation with those who knew us.

I was always happy to help and work; I actually like working towards common goals with people, even to this day. In the end, it was easier to hide that side of me with them to avoid those comments and how they made me feel. This experience is what I think started the manipulation of myself to accommodate others instead of requiring them to accept me as a whole.

In Greece, they called us Americans. In the U.S., they called us Greek. There was never a place in the world that seemed to accept and see me as I saw myself, a Greek American. Always having some portion of you rejected by others eventually affects how you see yourself, and by allowing that to happen for so many years, it made me accept that people could do that seemingly without consequences. I let it happen. Up until recently, I never took issue with this concept.

In the past couple of months, something changed once I acknowledge what had been happening and that it wasn’t something I was required to facilitate any longer. It was a long road to this point, with many more people, scenarios, and experiences that factored into the outcome. I’m not sure how this will manifest when I see people once again, but I feel like a different person. The only things that changed are a mindset and an acceptance of my whole self, and I don’t know how that will be received by those who have been with me along the way. 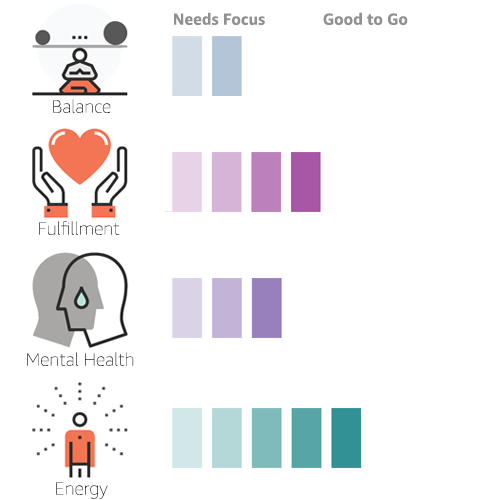