Throughout history, the topic of surrendering is usually conveyed as part of a battle or war story where the loser gives up the fight. There’s often talk of a white flag being waved and everyone stepping out with their hands up. The idea of surrendering has such a negative connotation that we see it as a weakness and something to be avoided. If there’s anything this year has taught me, it’s that it’s sometimes the best path to take, and the one you may be surrendering to is yourself.

I have always struggled to keep my heart and soul in line with society. My mind would tell me what I should and shouldn’t be doing for fear of judgment, being made an outcast, or losing people because I wasn’t aligned with their thinking. My intuition would always feel like it was presenting the right choice, but the pressure from societal acceptance has always felt like an impossible force that I couldn’t contradict. I never felt like accepting the status quo was the right thing to do, but it was a struggle to fight it, and I decided to surrender to that imposition for far too long.

When we surrender, we give power to an authority who then dictates to us what will be. As a woman growing up, I gave up the fight against what I knew of the world, and just accepted what was given to me which was detrimental to my growth and relationships in all forms. I omitted a feeling that I wasn’t truthful, and some people saw this as me being sneaky growing up. Looking back, I think they were picking up that I was living a life that wasn’t the one I was meant to live and feeling a struggle within me to comply with the norm. There are many scenarios where I have surrendered that have had lasting impacts on my life. I will share a couple with you now, but I am sure this topic will weave back in at some point on future posts.

When I was growing up, it was still a radical idea for a woman to not become an output of what society told us to do. Magazines were shoved in our faces at the doctor’s or dentist’s office, hair salons, and at school even to create collages for our class projects (remember this was the pre-internet era). These magazines shoved advertisements, pictures of skinny women, hunky men, products we needed or we wouldn’t be beautiful. It gave us a framework with which we would compare our lives. There were quizzes that would tell us what kind of woman we were or how to make someone love you as if there was a formula to follow.

For whatever reason, we surrendered to the acceptance criteria of anonymous people writing for a magazine who knew nothing about us or what we needed, and they frankly didn’t care as long as they made money from their magazines. This issue now extends online, but algorithms make sure your data is used to get you to surrender to the next new concept or product and make it part of your day-to-day regime. We have to acknowledge this and fight back against it, as it is manipulative and unhealthy. At this point, most of us don’t equate advertising and marketing as manipulative, and sometimes are unaware when it’s in front of us. We have normalized the idea of surrendering to what is shoved in our face and on our social feeds when it’s just anonymous people looking to make a buck.

It has taken me a long time to accept my DNA for what it has given me, work with what I have, and get myself to a place and person I like. It doesn’t mean that I don’t give in to the marketing still, but I am aware of it when I do, and I actively consider if I am doing something because I like it, or because people want me to like it. In the UK, I struggle a bit because it seems like fake tans, hair extensions, bold makeup, and puffy lips are the trend, and it’s difficult to not compare myself to what I see everywhere as I walk down the street. I feel it’s appropriate to call out that I live in East London because we have a very different crowd than most of the rest of the country, with it being more of a nightlife district nearby. I am sure I won’t surrender to these trends, but the tug and pull to reconcile who I am in an area that doesn’t match me is ever-present.

The most recent memory of me surrendering was when I came to Greece mid-July for a couple of days. One morning I woke up early as the sun began to illuminate the trees in the distance. I sat on my yoga mat and meditated for what felt like an eternity. At one point, my mind calmed, I felt the change, I was still. At that moment, water started streaming from my eyes, like a faucet. It wasn’t crying,  my heart didn’t race, and my breathing wasn’t heavy. It felt like a release of bottled worry and negative energy leaving my body as if my body allowed my soul to let go of what it had been holding on to for a long time and manifest it in the physical world. I know I won’t be able to adequately explain it to anyone who has never felt something similar. I know it sounds crazy. It continued for at least a few minutes, but time wasn’t relevant. My face and shirt were wet when I finally opened my eyes to the light of day. I felt myself surrendering to the moment, my mind letting myself feel anything and everything that came to me. It was liberating. I sat with that feeling for a while.

I decided that day to stop hiding and be honest about what I am feeling and how I am feeling it. I decided to accept that others may not reciprocate or support my honesty or what I share with them, and that was okay for me.  This experience was part of what helped me start this project. Getting a taste of a feeling you want to feel forever is the best medicine and motivation a person could receive. For this, I will be eternally grateful. 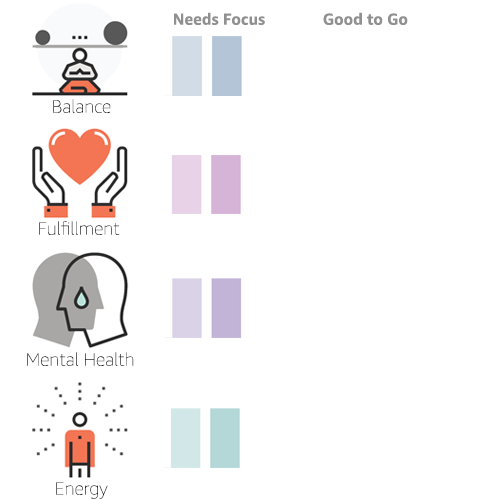